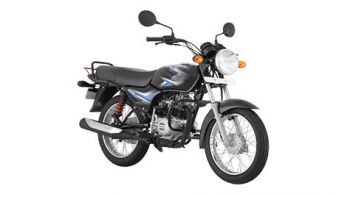 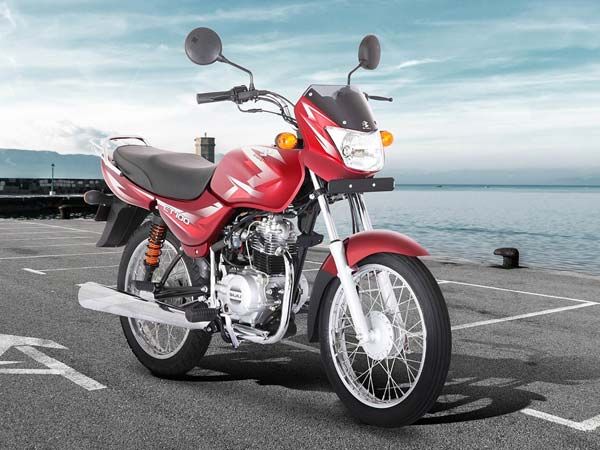 ‘Utilitarian’ is the one word that comes to mind when one looks at the Bajaj CT 100, and that is exactly what it is. The Bajaj portfolio now consists of modern motorcycles, with a lot of technology, but Bajaj has left the age old CT 100 right there, because of this utilitara factor.

The motorcycle also feels fresher in its new avatar, with new graphics and a slightly redesigned front end. However, no matter how boring the Bajaj CT 100 might look, it is still the best looking in the 100cc commuter motorcycle segment. 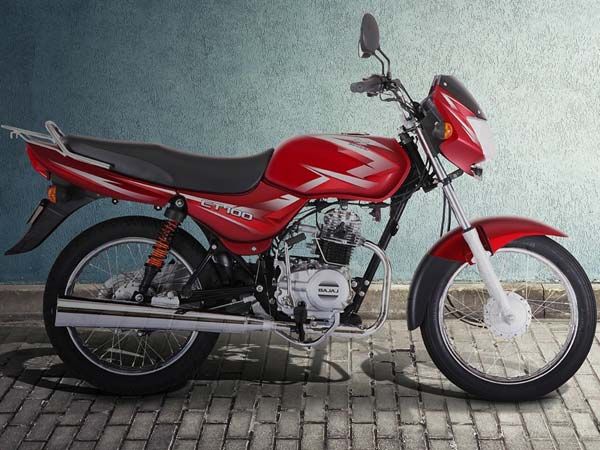 The Bajaj CT 100 is powered by an air-cooled, 99.27cc, single-cylinder engine with a maxiumu power output of 8.1bhp at 7,500rpm and a maximum torque output of 8.05Nm at 4,500rpm. Performance is not really what this motorcycle is built for, but whenever prodded, it is capable of doing just over 90km/h. This however, is not something most CT 100 owners would ever do.

What they expect from this motorcycle is, extremely high levels of fuel efficiency, and the Bajaj CT 100 delivers on this in a big way. The Bajaj CT 100 claims a highly respectable 90km/l.

As aforementioned, the biggest strength of the Bajaj CT 100 is fuel efficiency. The CT 100 boasts of an ARAI tested mileage of 90km/l, but that is under ideal conditions. In real world conditions, the motorcycle returns 60km/l while being ridden in the city and 75km/l while being ridden on the highway. This leads to a respectable average of 67km/l. 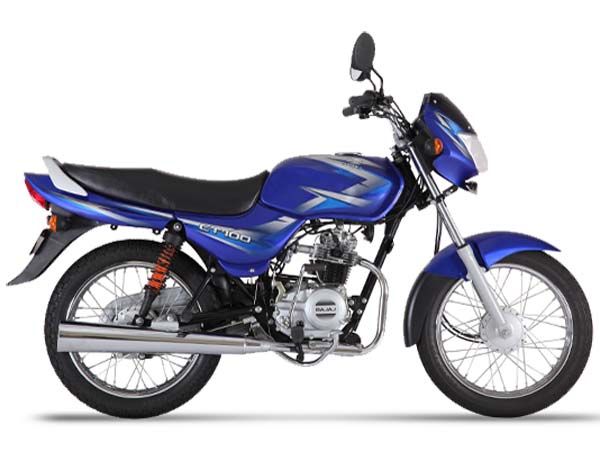 The Bajaj CT 100 is one of the few motorcycle in the market to come with something Bajaj calls SNS (Spring in Spring) suspension, in which there are two springs on the same axis at the rear. One to absorb impact from small bumps and the larger outer spring absorbs impact from large bumps.

The most important feature of the Bajaj CT 100 is its ruggedness and reliability, which has been tested for over a decade, not just in India but wherever Bajaj sells the CT 100. 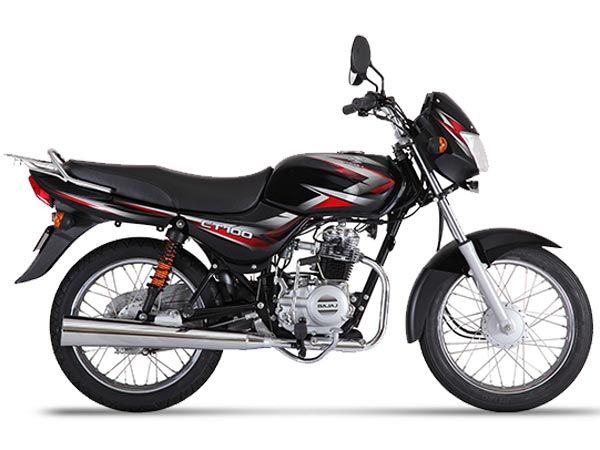 The Bajaj CT 100 is for those who just want their motorcycle to work reliably at all times, under any condition and go long distances without being worried about refuelling. The motorcycle would not disappoint those looking for a motorcycle which could do just that. However, expect anything more from this bare basic motorcycle, and one would be disappointed.

The top-spec alloy wheel variant of the CT 100 is available with a fuel gauge while the lower variants do not get even that. Technically, adding the same gauge with the same hardware to the lower variants should be possible. However, it is not suggested that it be done. It is suggested that one should go ahead with it only if the Bajaj authorised service centre approves it.