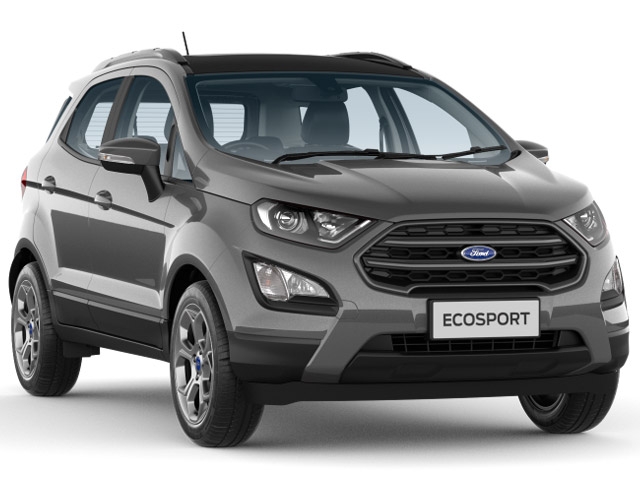 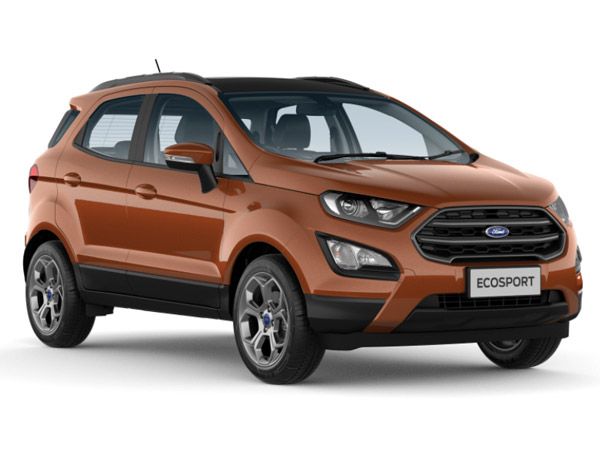 The Ford EcoSport has been in the Indian market for quite a while now. It was also one of the first compact-SUVs in the country. Over the years, the EcoSport has gone through a number of facelifts, however, it has retained its basic design throughout.

The latest update on the Ford EcoSport came back in 2018, which featured a number of subtle updates and changes. However, the main changes were made to the cabin, which got a significant update making it feel more premium and upmarket than before.

The Ford EcoSport follows a sporty theme all-around the SUV. The front fascia of the EcoSport features a large hexagonal grille surrounded by chrome accents and also gets two horizontal slats. The top-spec variants, on the other hand, receive a blacked-out front grille which looks more sporty and adds to the character of the SUV.

The front grille is flanked on either side by projector headlamps with integrated LED DRLs. The front bumper has also received subtle updates and houses the now slightly larger fog lamps.

The side profile remains mostly unchanged, however it does come with newly designed 17-inch stylish alloy wheels, silver roof rails and a blacked-out roof; all of which adds to the sporty theme on the Ford EcoSport. The rear profile remains unchanged as well, apart from the slightly tweaked tail lights and the roof-mounted spoiler.

Inside, the Ford EcoSport now comes with a significantly updated dashboard. The cabin is now more livelier than the previous model. The blacked-out cabin on the top-spec `S` variant comes with Orange accents all around the dashboard including the centre console, AC vents and on the seat upholstery. The centre console also features a large floating touchscreen infotainment system, which blends perfectly with the rest of the cabin.

The Ford EcoSport is available with a choice of three engine options. This includes a 1.5-litre petrol producing 123bhp and 150Nm of torque and a 1.5-litre diesel engine churning out 100bhp and 205Nm of torque. Both these engines come mated to a standard 5-speed manual gearbox as standard, with the petrol also getting the optional six-speed AT.

The third engine comes in the form of a 1.0-litre three-cylinder engine which produces 125bhp and 172Nm of torque. This engine is mated to a six-speed manual, without any automatic transmission options.

The Ford EcoSport offers a comfortable drive, with good low and mid-range performance. The high ground clearance and the high-set seating position, gives a commanding view of the road ahead as you glide through road undulations with ease.

The engine offers enough grunt on the highways, never feeling out of breadth. The Ford EcoSport also offers little to no vibrations, along with good levels of NVH reduction. The suspension is a bit on the firm side, to go with its sporty theme. Brakes on the Ford Ecosport are through disc and drum brakes, however, they do manage to offer sufficient bite at any speeds. 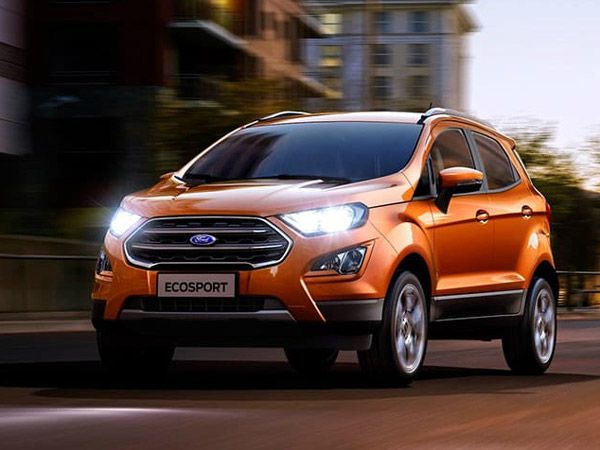 The Ford EcoSport comes with a fuel tank capacity of an impressive 52-litres. Ford claims an ARAI-certified mileage of 17km/l for the petrol and 23km/l for the diesel variant. 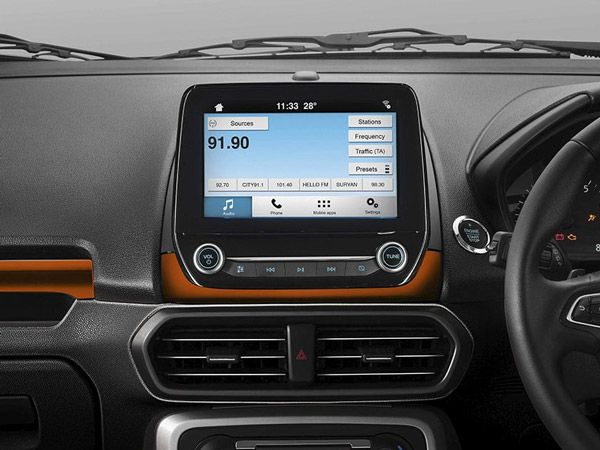 The Ford EcoSport comes with a bunch of features and equipment, along with its latest update. Some of the features include electric sunroof, 8.0-inch touchscreen infotainment system, steering-mounted audio controls, sporty alloy pedal, 60:40 split rear seats, electric swing gate, push-button start/stop, rain-sensing wipers and automatic headlamps among others. 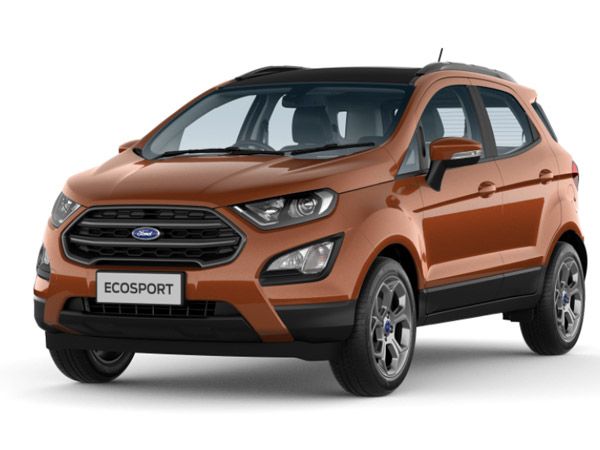 The Ford EcoSport has always been a popular offering in the Indian market. However off-late, with competition in the compact-SUV segment growing rapidly, the Ford Ecosport seems to have taken a bit off a fall. The SUV though offers a good balance between performance and mileage while also being equipped with a host of features.

What are the colour options on the Ford EcoSport?

Hide Answerkeyboard_arrow_down
What are the variants on the Ford EcoSport?

The Ford EcoSport is available in a range of six trims levels: Ambiente, Trim, Trim+, Titanium, Titanium+ and S.

Hide Answerkeyboard_arrow_down
What are the rivals to the Ford EcoSport?

The Ford EcoSport rival the likes of the Maruti Vitara Brezza, Tata Nexon and the Mahindra XUV300.

The Maruti Vitara Brezza is a better value-for-money option.

Hide Answerkeyboard_arrow_down
What is the boot capacity of the Ford EcoSport?

The Ford EcoSport comes with a boot space of 352-litres, with all the seats positioned upright.