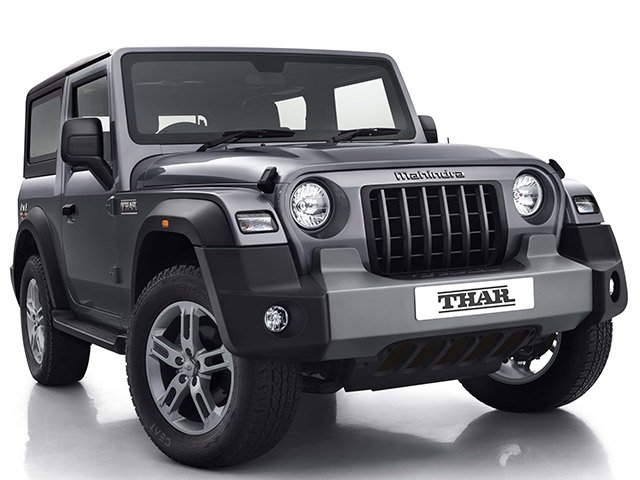 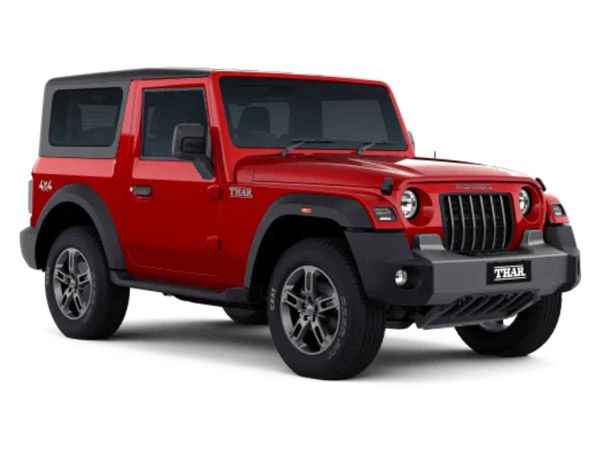 The 2020 Mahindra Thar is one of the most popular off-roader SUVs in the Indian market. Mahindra recently brought in a host of updates to the Thar, in terms of design, features, equipment, powertrain options and others, which help make the SUV not only more stylish but also more capable than before.

Starting from the front, the new Mahindra Thar comes with a large vertical-slat grille, flanked on either side by round halogen headlamp units. Next to the headlamps are the LED DRLs, which come integrated with the turn signal units on either end.

Below the front grille is a massive dual-tone bumper with fog lamps housed at either end. The lower part of the bumper comes with a skid plate, protecting the underbody of the SUV while off-roading.

Moving to the side, the new Mahindra Thar carries forward the rugged off-road stance with wide wheel arches further accentuated by the black-cladding all around. This houses the 18-inch alloy wheels. The rear profile comes with LED taillights and sideways opening boot, along with the full-size spare wheel mounted at the back.

The Mahindra Thar is offered in different configurations: a factory-fitted hardtop, fixed soft-top or a convertible soft-top. The new Thar also comes with removable doors on certain variants as well.

Inside, the new Mahindra Thar feels extremely premium and upmarket, especially compared to its older-generation. The SUV features a host of features, plenty of space, comfortable seats with multiple configurations and plenty of other equipment and tech. 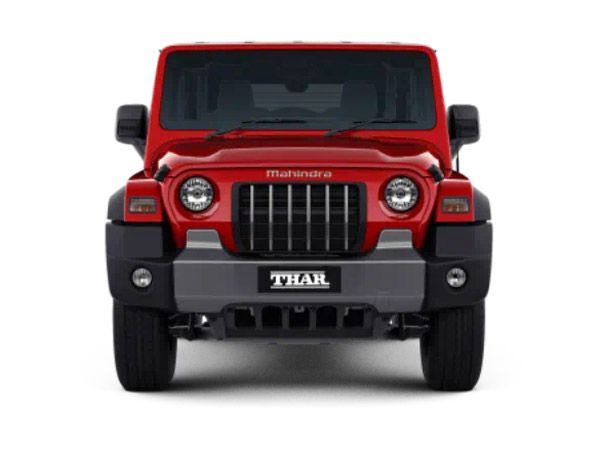 The mHawk diesel unit, on the other hand, churns out 130bhp and 300Nm of torque. Both engines are mated to either a six-speed manual or a torque-converter automatic transmission. 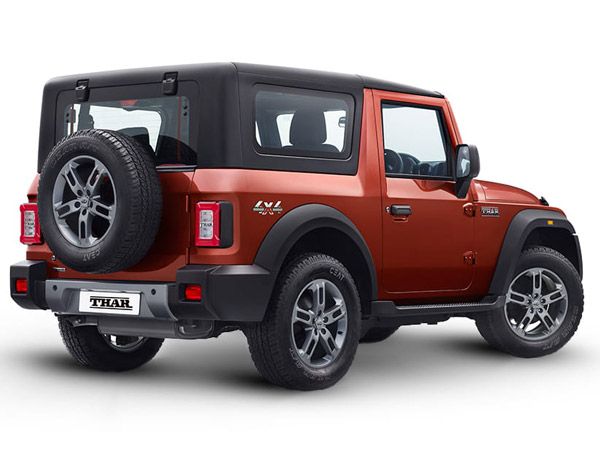 Mahindra is yet to announce the official mileage figures of the new Thar in the Indian market. However, as per our estimates the new Thar SUV should return  a fuel-efficiency figure anywhere in the range of 15 - 17km/l. This combined with the 57-litre fuel capacity ensures plenty of range on a single tank. 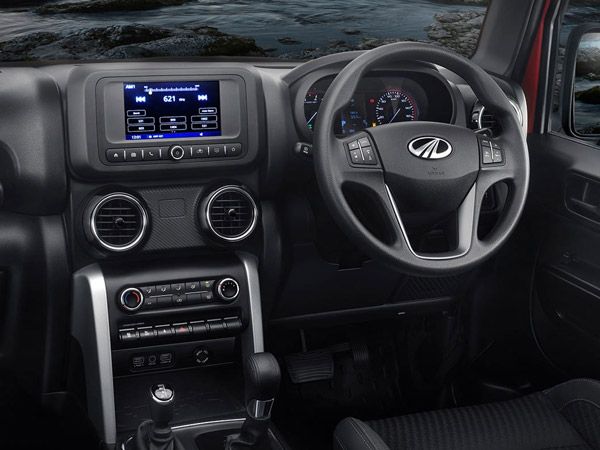 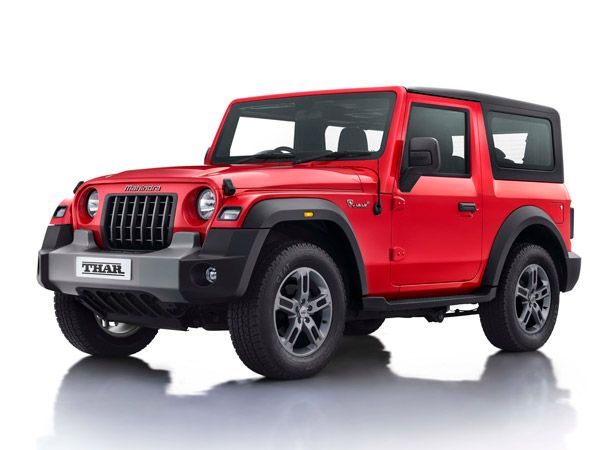 The Mahindra Thar is known for its incredible off-road capabilities ever since its introduction in the Indian market. The new SUV builds on this and now comes packed with a host of modern features and equipment, which further expands its target audience from just off-road enthusiasts to customers looking at it as an urban lifestyle SUV.

What are the variants offered on the new Mahindra Thar?

Hide Answerkeyboard_arrow_down
What is the seating configuration on the new Mahindra Thar?

The new Mahindra Thar is offered in either a six-seater or four-seater configuration, depending on the variant chosen.

Hide Answerkeyboard_arrow_down
Does the Mahindra Thar come with a petrol-powered engine?

Hide Answerkeyboard_arrow_down
What are the rivals to the new Mahindra Thar?

The new Mahindra Thar rivals the likes of the Force Gurkha.

Hide Answerkeyboard_arrow_down
What are the colour options on the new Mahindra Thar?