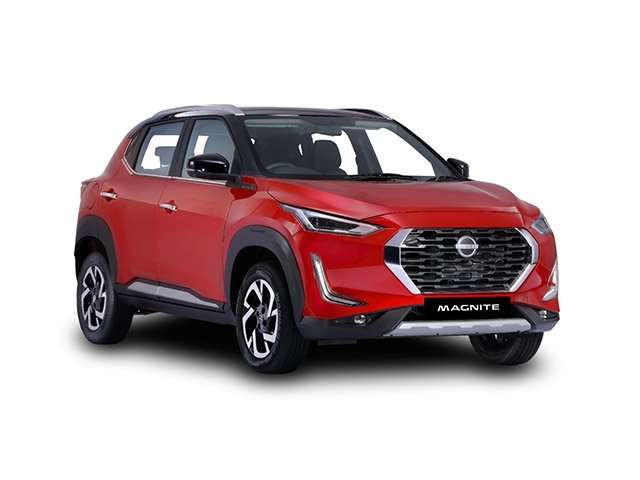 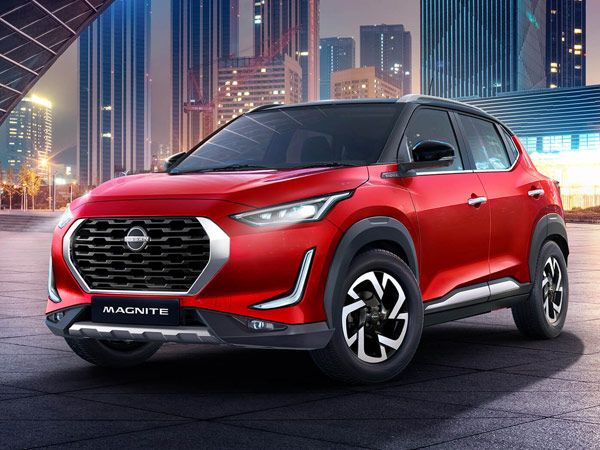 The Nissan Magnite is the brand’s newest offering in the Indian market, with the potential of being a game changer for them. With this in mind, the company has gone all-out with the compact-SUV offering it with a striking design, while also packing it with a host of features and equipment, as well as being powered by strong engine options.

Starting with the front design, the new Nissan Magnite features a large front grille finished in piano-black. The grille is surrounded by chrome elements, which are flanked on either side by sleek LED projector headlamps. The lower part of the bumper features L-shaped LED DRLs, while also housing fog lamps and a scuff plate right at the bottom.

The side profile of the Nissan Magnite also carries forward the muscular and sporty look. The side is characterised by the 16-inch diamond-cut alloy wheels which look stylish. The wheel arches and the bottom part comes covered in black-cladding, giving the Magnite a rugged SUV appeal. Other elements on the side profile also include the shoulder lines and the silver finished roof rails.

The rear profile comes with wrap around tail lamps, prominent boot-lid with the ‘MAGNITE’ badging at its centre. The rear bumper comes with reflectors at either end, while the centre is made up of silver finished scuff plate. The rear also features a roof-mounted spoiler, adding to the sporty look of the SUV.

Inside, the new Nissan Magnite features a premium looking dashboard with a large touchscreen infotainment system, soft-touch material on the dashboard and leather-wrapped steering, gear knob and seating.

The Nissan Magnite is offered with a range of two engines. The first comes in the form of a 1.0-litre three-cylinder naturally-aspirated petrol unit producing 71bhp and 96Nm of peak torque. It is mated to a five-speed manual gearbox as standard.

The second engine is a 1.0-litre turbocharged petrol unit. It produces 99bhp and 160Nm of peak torque and is mated to either a five-speed manual or an optional CVT automatic transmission.

Nissan has revealed that the Magnite with the 1.0-litre NA petrol engine will return a fuel-efficiency figure of 18.75km/l. The 1.0-litre turbo-petrol, on the other hand, returns 20km/l and 17.7km/l when mated to the manual and CVT-automatic gearboxes, respectively. All mileage figures are ARAI-certified. The Magnite further comes with a 40-litre fuel tank. 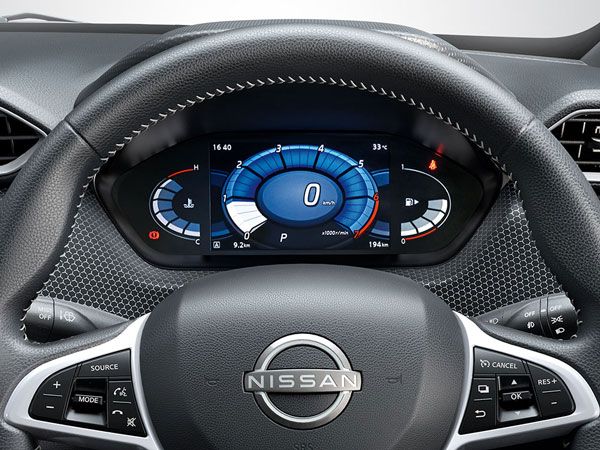 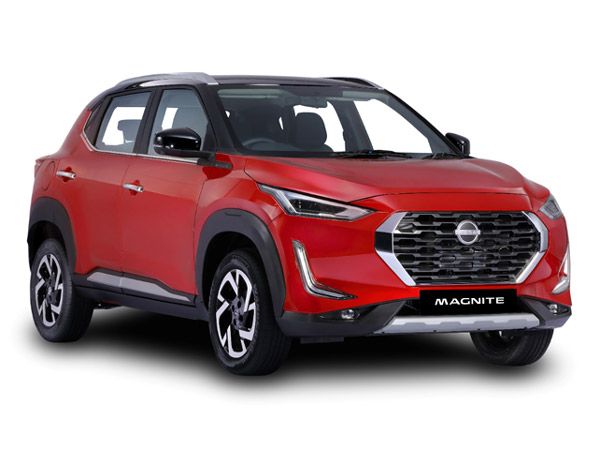 The Nissan Magnite offers a striking design, is packed with features and even comes with strong performing engines. This combined with the extremely competitive pricing, definitely makes the Magnite a worthy alternative from its rivals.

What are the rivals to the Nissan Magnite?

The Nissan Magnite will rival the likes of the Kia Sonet, Hyundai Venue and the Maruti Suzuki Vitara Brezza; among others.

Hide Answerkeyboard_arrow_down
What are the variants on offer with the Nissan Magnite?

Hide Answerkeyboard_arrow_down
What is the stand-out feature on the Nissan Magnite?

Hide Answerkeyboard_arrow_down
How’s the pricing of the Nissan Magnite compared to competition?

The Nissan Magnite has undercut all its rivals in terms of pricing, which should help it gain a lot of attention in the Indian market.

Hide Answerkeyboard_arrow_down
Does the Nissan Magnite come with a sunroof?

No, the Nissan Magnite misses out on a sunroof even on the top-spec variant.