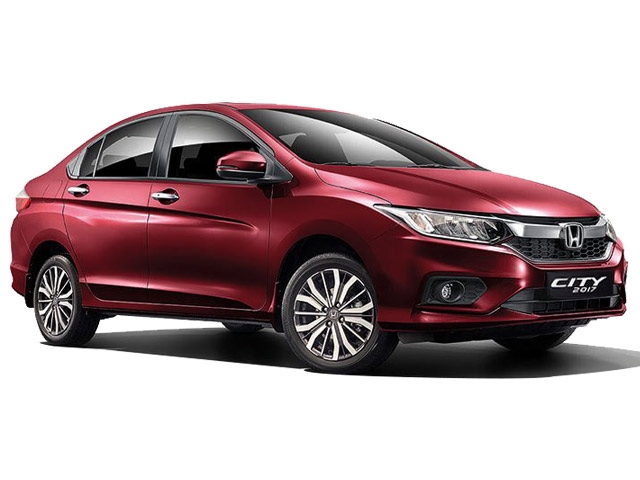 The Honda City is available in 2 variants and 4 colours. Here are more Honda City details such as prices, specifications and mileage. You can also check out the Honda City on-road price and EMI. Our detailed Honda City comparison further helps you compare the Sedan with its rivals. DriveSpark brings you every Honda City information you would ever need. 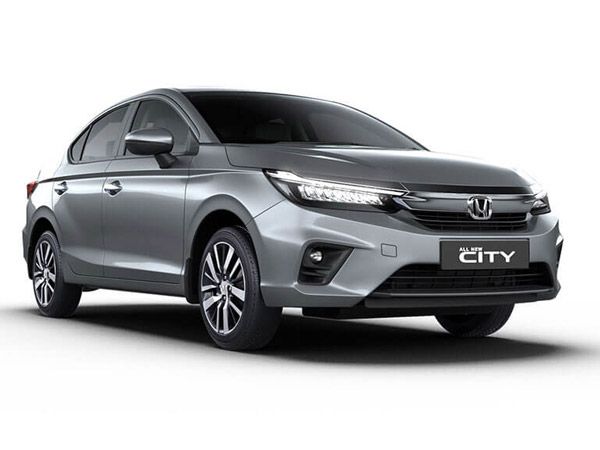 The Honda City sedan has been on sale in India for a long time. Honda recently introduced the fifth-generation of the sedan in India, which is on sale alongside its older model. The new fifth-generation Honda City comes with a major overhaul in its design, while featuring added equipment and technology as well.

The new fifth-generation Honda City as mentioned comes with significant changes to its design, both on the exterior and interiors. Starting from the outside, the new City features a thick chrome strip at the centre just above the grille, sticking to the brand’s latest design language. Flanking either side of the grille are the sleek LED headlamp units integrated with the LED DRLs. The front bumper houses a large air dam at the centre, with the fog lamps present in rectangular housings at either end.

Moving to the side profile, the new Honda City is longer than its previous generation model. However, the sedan carries forward the simplistic design with minimal styling elements. There is, however, a sharp shoulder line running across the length of the sedan starting from the headlamps and tapering off near the tail lights. Another stand-out element on the sides are the stylish 16-inch diamond-cut alloy wheels.

The rear profile of the City sedan comes with sleek Z-shaped wrap-around LED tail lights, which is the stand-out element at the rear. The tail lights are sleek and give a wide appearance to the rear.The rear bumpers also feature reflectors at either end.

Inside, the new Honda City feels extremely premium. The cabin comes with a dual-tone layout, finished in black and beige upholstery. There are also plenty of premium features and equipment, which makes it an extremely comfortable place to be in.

The new fifth-generation Honda City is offered in both petrol and diesel engine options. Both come in the form of BS6-compliant 1.5-litre units.

The 1.5-lire petrol engine produces 121bhp at 6000rpm and 6600rpm and 145Nm of torque at 4500rpm. This comes mated to a six-speed manual gearbox with the higher variants also offered with the optional CVT automatic transmission.

The diesel engine option also comes in the form of a 1.5-litre unit. It churns out 100bhp at 3600rpm and 200Nm of peak torque at 1750rpm and is mated to a standard six-speed manual transmission. 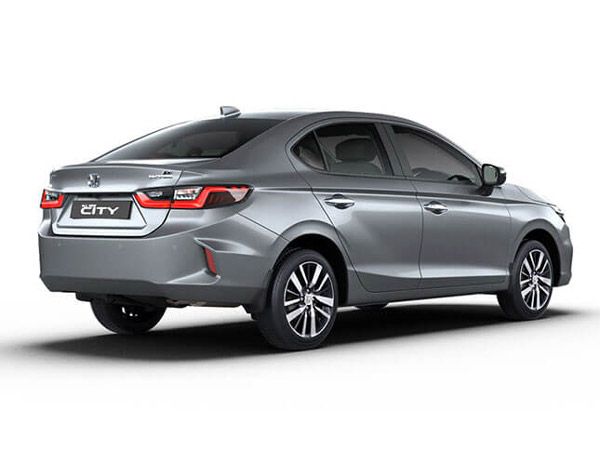 Honda claims that both the petrol and diesel-powered City sedans offer excellent overall mileage figures. As per the official statement, the petrol-manual variant of the Honda City returns 17.8km/l while the petrol-automatic is slightly better with 18.4km/l.

The diesel-powered variant, on the other hand, is said to return fuel efficiency figures of 24.1km/l. All these power figures are ARAI-certified. However, real-world mileage figures might vary, depending on a number of external factors. 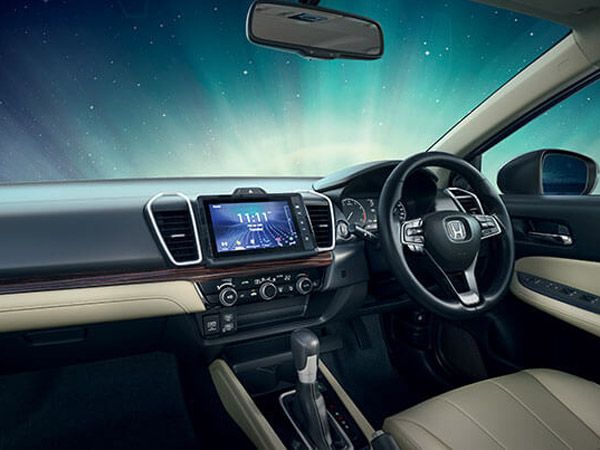 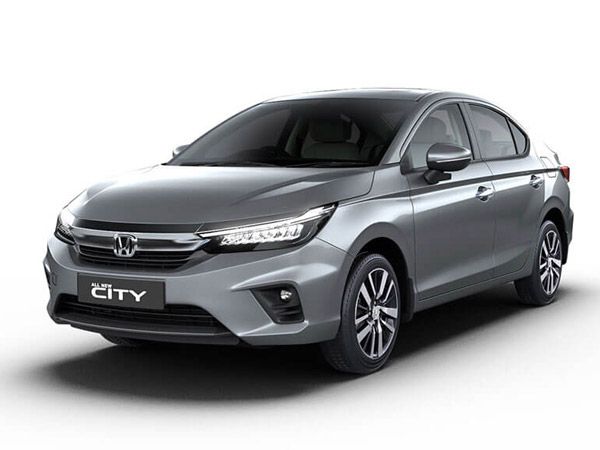 The new fifth-generation Honda City is a big departure from its previous iterations. The new model comes packed with a host of new features and equipment, while also offering a fresh new look and also packing strong performance.

What are the variants on the new Honda City?

The new Honda City is offered in a range of three variants: V, VX and ZX.

Hide Answerkeyboard_arrow_down
what are the colour options on the new Honda City?

Hide Answerkeyboard_arrow_down
What are the main rivals of the new Honda City?

The new Honda City continues to the rival the likes of the Maruti Suzuki Ciaz, Hyundai Verna and Volkswagen Vento.

Hide Answerkeyboard_arrow_down
Is the new Honda City larger in dimension than its previous version?

Yes, the new fifth-generation Honda City is larger in dimension.

Hide Answerkeyboard_arrow_down
Is there a diesel-automatic variant of the new Honda City?

No, the CVT automatic transmission on the new Honda City is offered with just the petrol engine.