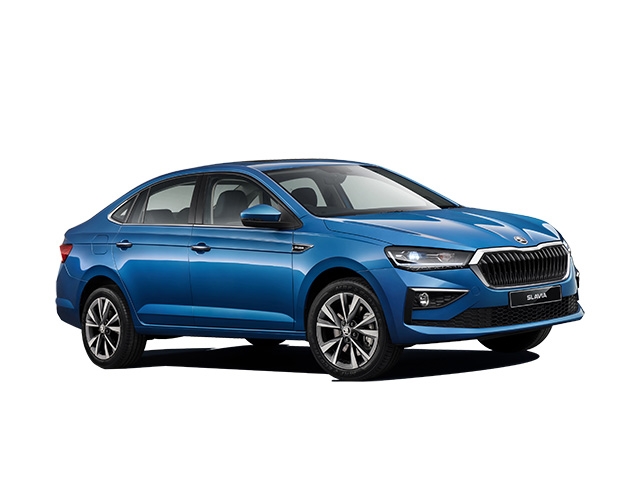 The Skoda Slavia is available in 8 variants and 5 colours. Here are more Skoda Slavia details such as prices, specifications and mileage. You can also check out the Skoda Slavia on-road price and EMI. Our detailed Skoda Slavia comparison further helps you compare the Sedan with its rivals. DriveSpark brings you every Skoda Slavia information you would ever need. 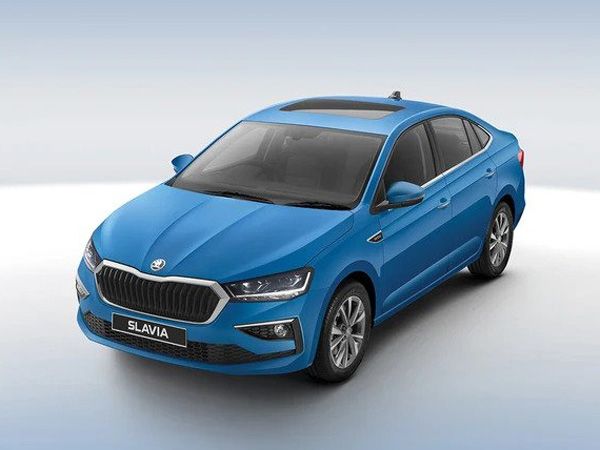 The Skoda Slavia follows a lineage of some rather good-looking sedans from the Czech brand. At the front, the Slavia sports Skoda's signature butterfly grille with chrome surrounds that is flanked on either side by sleek headlights with L-shaped integrated LED DRLs.

Lower on the front bumper sit the circular halogen fog lamps in their triangular housings. The front bumper also sports a central air dam with a honeycomb mesh in front of it. The sculpted bonnet features some sharp character lines that give the sedan a more muscular look.

The sides of the Skoda Slavia also feature quite a few character lines and the buffed-up wheelarches play host to 16-inch alloy wheels which are offered in three different options including one with a diamond-cut dual-tone finish.

The roof of the Slavia slides gently towards the boot and also features a shark-fin antenna. The rear section of the Slavia sports some rather sharp looking split LED taillights with SKODA lettering in between them in chrome.

Step inside the Skoda Slavia and you'll be greeted by a premium dual-tone interior. Highlights of the Slavia's interior include the multi-layer dash with the large 10-inch touchscreen infotainment screen embedded into its centre section.

Underneath this sits the haptic touch for the climate control system. The seats feature the same dual-tone look and are rather comfortable as well. The Slavia also sports the same two-spoke steering wheel as the Kushaq behind which sits the 8-inch driver's display. 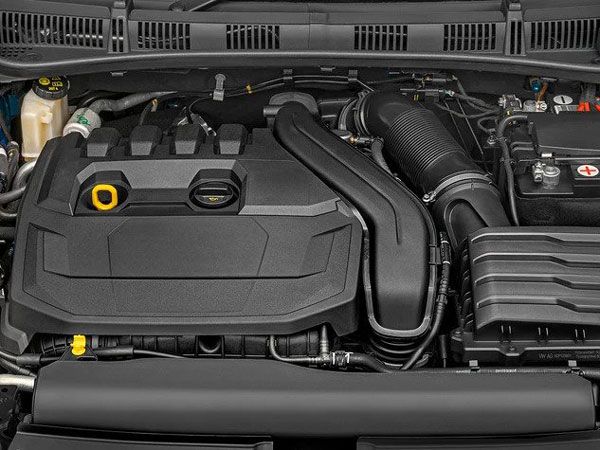 The Skoda Slavia is offered with a choice of two turbocharged petrol engines that displace 1.0-litre and 1.5-litres respectively. The smaller three-cylinder 1.0-litre turbo petrol engine produces 113.5bhp and 178Nm of peak torque and is offered with 6-speed manual and torque converter automatic gearbox options.

The larger 1.5-litre engine is a turbocharged four-cylinder unit that pushes out 148bhp and 250Nm of peak torque. The Slavia's 1.5-litre engine comes paired with either a 6-speed manual gearbox or a 7-speed dual-clutch DSG automatic transmission. 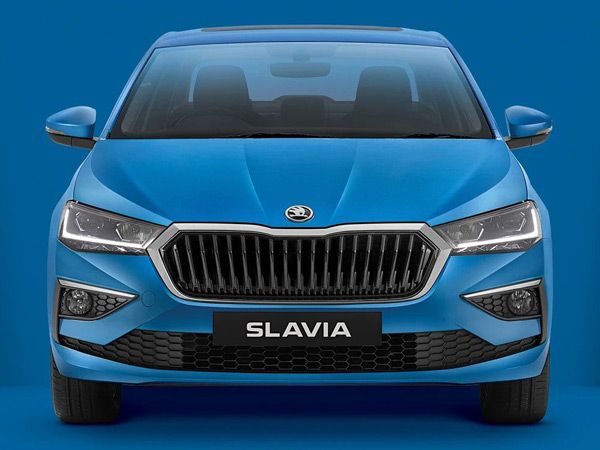 The 1.0-litre Skoda Slavia with the manual gearbox returns a claimed mileage of 19.47km/l with the figure dropping to 18.07km/l when the 6-speed torque converter automatic is chosen. 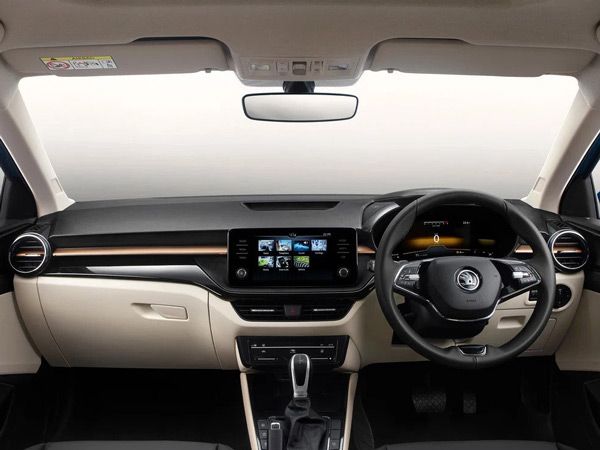 The Slavia sports quite a few important features including the likes of wireless Android Auto and Apple CarPlay, a large 521-litre boot, six airbags, ABS with EBD, Traction Control, ESP, Hill Start Assist and Hill Hold Assist among many others. 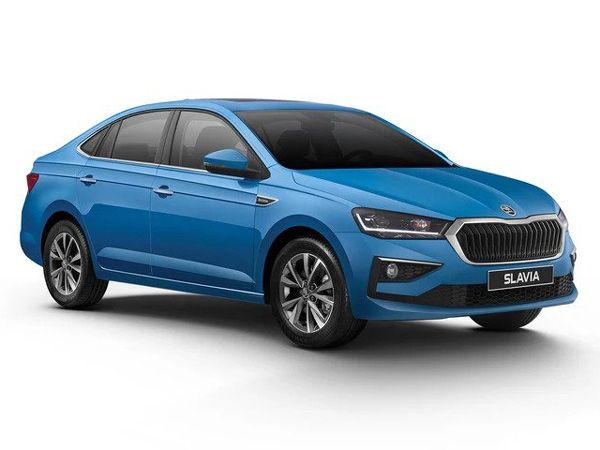 The Skoda Slavia is a new benchmark from the Czech brand that has always been known for its practicality. With its sharp looks, spacious interiors and powerful yet somewhat frugal engines, the Slavia breathes new life into the sedan segment that has been on the decline due to the rising popularity of SUVs.