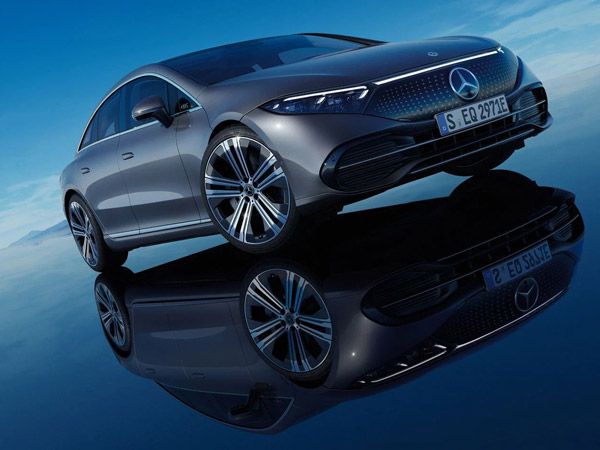 The five-spoke 20-inch alloy wheels stand out in a crowd and the electric luxury sedan looks fantastic while on the move. The cabin is airy and spacious with lots of room especially for the passengers in the rear. It is available with two interior upholstery options.

The entire dashboard is a technological masterpiece with multiple large screens covering a majority of the dashboard. Ambient lighting strips further enhance the feel on the insides of the sedan. It is certainly one of the more sophisticated interiors seen in a car so far. 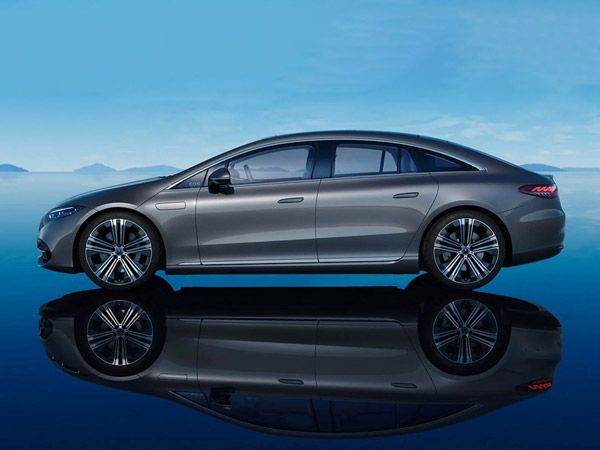 The Mercedes-Benz EQS is available in multiple configurations and variants. The EQS 580 in India is powered by a 107.8kWh battery pack. The EQS 580 features all-wheel-drive, courtesy of the two electric motors that drive the front and rear wheels. Together, these motors put out 523bhp and 855Nm. 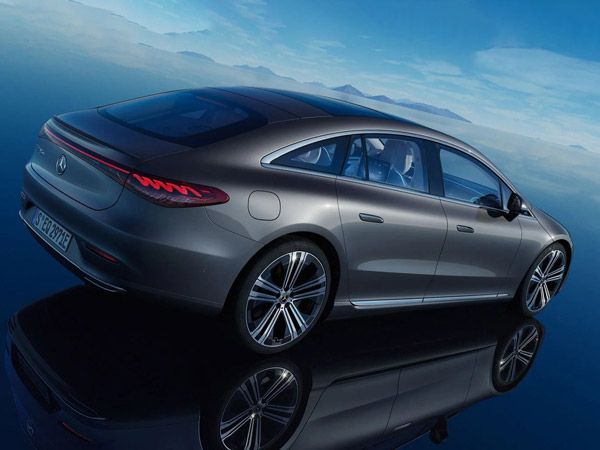 The large 107.8kWh battery pack in the Mercedes-Benz EQS allows it to feature the highest range in the Indian market. The EQS 580 boasts an ARAI claimed range of 857 kilometres on a fully charged battery pack. 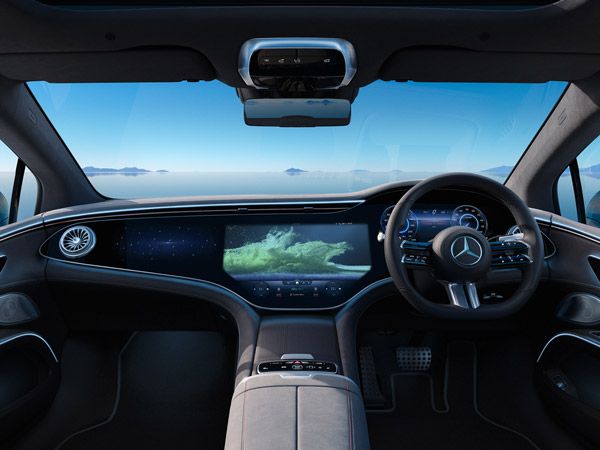 The Mercedes-Benz EQS is the most feature-packed electric car in the world. The entire list of features seems endless and it is impossible to place it in a single paragraph. However, there are a few features that stand out. For example, there is the Hyperscreen that is made up of three screens joined together by a single glass panel. The infotainment unit is a 17.7-inch screen while the driver and passenger have to make do with 12.3-inch screens.