The Tata Tiago NRG is a crossover hatchback based on the standard Tiago. The Tiago NRG features several cosmetic changes which give it a rugged look. The overall design of the Tiago NRG remains identical to the standard model.

Up front, the Tata Tiago NRG features a blacked out grille, a silver skid plate and black cladding on the lower part of the bumper. The side profile of the crossover also gets black plastic cladding running across the body. The door handles, ORVMs, roof and roof rails are finished in black colour.

The Tata Tiago NRG features a muscular rear end with a black cladding running across the tailgate. The rear of the cross-hatch also gets a silver skid plate and black inserts on the bumper. The newly designed 14-inch alloy wheels add to the looks of the Tiago NRG.

The interior of the Tata Tiago NRG features an Active black theme with vibrant Canyon Orange accents around the AC vents and centre console. The seats with body-hugging bolsters get a unique denim inspired fabric. 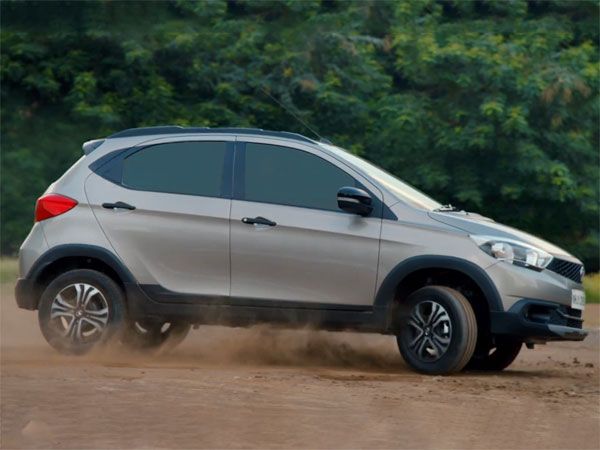 Both the petrol and diesel engine is mated to a 5-speed manual gearbox. Both the engines are smooth and reliable and offer a linear power delivery. The power is apt for city driving and also for highways runs. 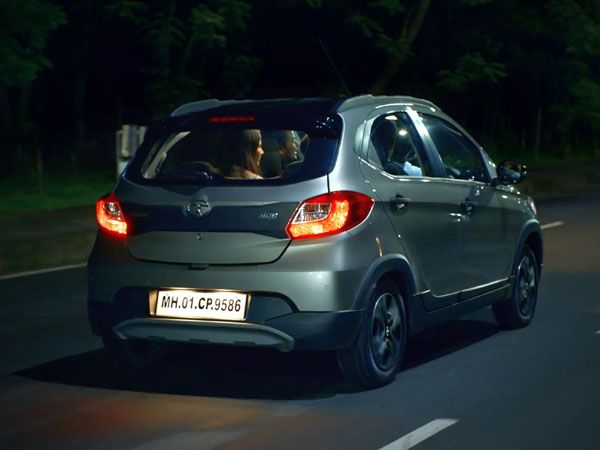 The Tata Tiago NRG utilises the same engine as the regular Tiago. The petrol variant of the cross-hatch will return a mileage of 23.84km/l. The diesel engine returns an average mileage of 27,28km/l. The mileage may vary depending on the driving conditions. 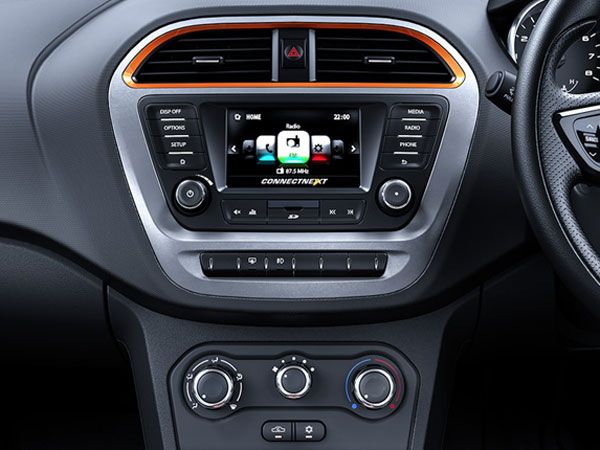 The Tata Tiago NRG becomes the most affordable crossover hatchback in the Indian market., The Tiago NRG sports a rugged and elegant styling with a combination of the intelligent features. If you are looking for an entry-level crossover with some cool features, then the Tiago NRG will be a good choice as it comes with an affordable price tag.

Is the Tata Tiago NRG available with AMT gearbox?

No, the Tata Tiago NRG is available only with a 5-speed manual gearbox.

Hide Answerkeyboard_arrow_down
Is the interior of the Tiago NRG different from the standard Tiago?

No, the interior of the Tiago NRG is similar to the standard Tiago except for the orange accents on the dashboard.

Notification Settings X
Time Settings
Clear My notification inbox
Done
Clear Notification X
Do you want to clear all the notifications from your inbox?
Yes No
Settings X
0
No New Notifications
We use cookies to ensure that we give you the best experience on our website. This includes cookies from third party social media websites and ad networks. Such third party cookies may track your use on Drivespark sites for better rendering. Our partners use cookies to ensure we show you advertising that is relevant to you. If you continue without changing your settings, we'll assume that you are happy to receive all cookies on Drivespark website. However, you can change your cookie settings at any time. Learn more
Change Settings Continue