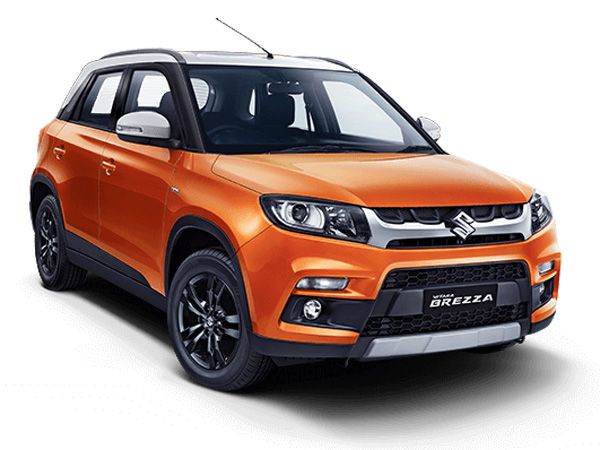 The Maruti Vitara Brezza gets a distinct chrome grille at the front, flanked by neatly-designed headlamp units with projectors. The front bumper has got angular design elements and a large honeycomb grille. There is also a silver skid plate at the bottom which adds a rugged look to the Maruti Brezza.

The side profile of the Vitara Brezza showcases a floating roof. The Brezza is also available in dual-tone paint schemes which give the roof either black, or a white finish. The Maruti Brezza rides on neat-looking 16-inch five-spoke alloy wheels and has got good ground clearance too.

The Vitara Brezza has also got a rear roof spoiler which adds a bit of sportiness to the compact-SUV. At the centre of the tailgate, there is a chrome garnish with the word 'BREZZA' embossed on it. On higher variants, the tail lamps get an LED element. There is also a silver skid plate on the rear bumper.

The interiors of the Maruti Vitara Brezza get an all-black theme with some silver garnishes. The centre console has a piano black surround while the instrument cluster has different choices of ambient lighting to choose from. The seats offer good support and decent comfort and is finished in a well-made fabric trim. 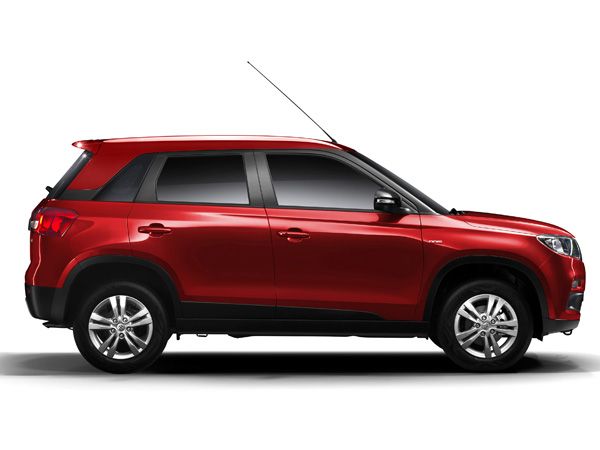 The Maruti Vitara Brezza comes with only a diesel engine a 1.3-litre four-cylinder unit that makes 89bhp @ 4000rpm and 200Nm @ 1750rpm. The car comes mated to a 5-speed manual or an AMT gearbox. All the power is sent to the front wheels.

The Maruti Brezza offers solid performance both in the city as well as on the highway. While the manual variant is the ideal choice for those who like to drive, the Maruti Brezza AMT promises a relaxed driving experience. 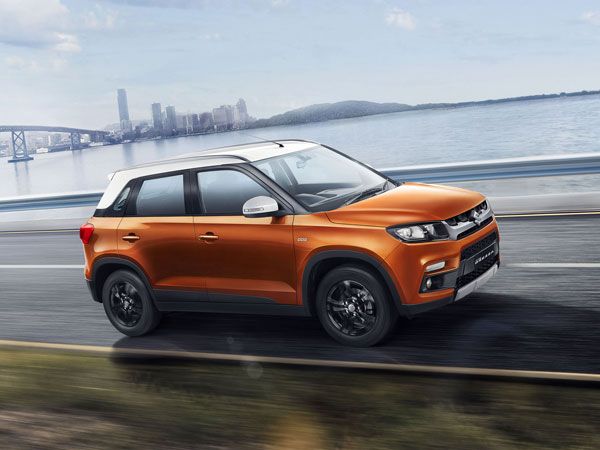 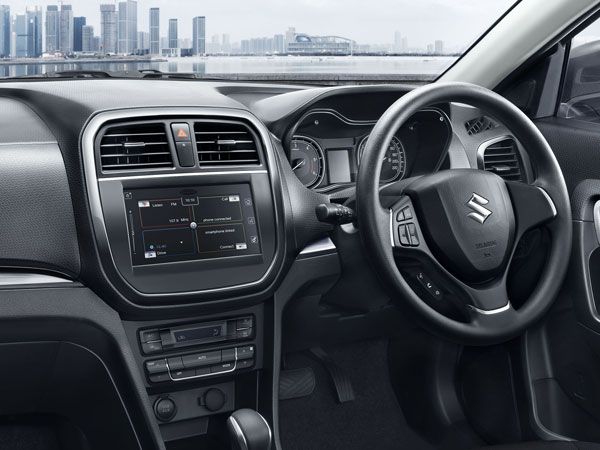 The Maruti Vitara Brezza features all the essentials inside. In addition to this, the Brezza gets tilt steering, cool box, cruise control (for manual), instrument cluster with mood lighting, push-button start, gear-shift indicator (for manual), gear-position indicator (for AMT) and SmartPlay infotainment system  a seven-inch touchscreen unit which supports both Apple CarPlay and Android Auto. Automatic headlamps and wipers are also available on the top variants.

Safety features of the Maruti Vitara Brezza include a dual airbags, ABS EBD, parking sensors, ISOFIX child seat mounts and high-speed warning. All these features come as standard. The top-end variant gets a rear parking camera too. 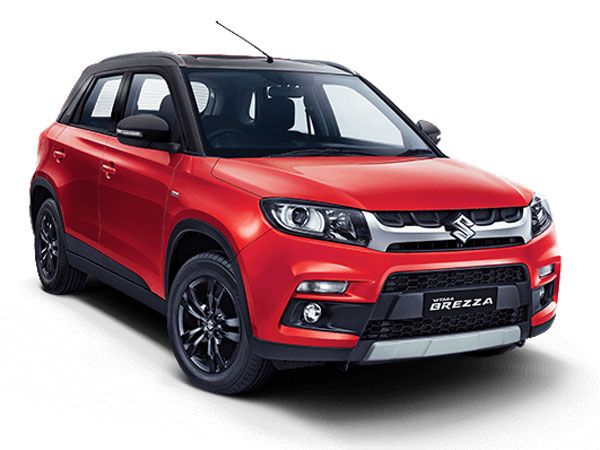 The Maruti Brezza is without any doubt, the most popular compact-SUV in India. With only a diesel engine in offer, the Vitara Brezza is aimed to be just one thing; a compact and practical vehicle just for Indians. The Brezza offers ample amounts of space and seat support, even while being under four metres of length. And because of the trust of Indians in Maruti, the Vitara Brezza has also got good resale value, alongside the brand`s excellent sales and service network.