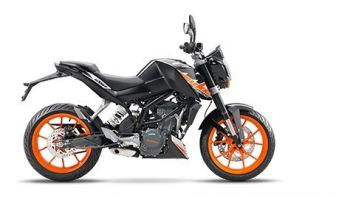 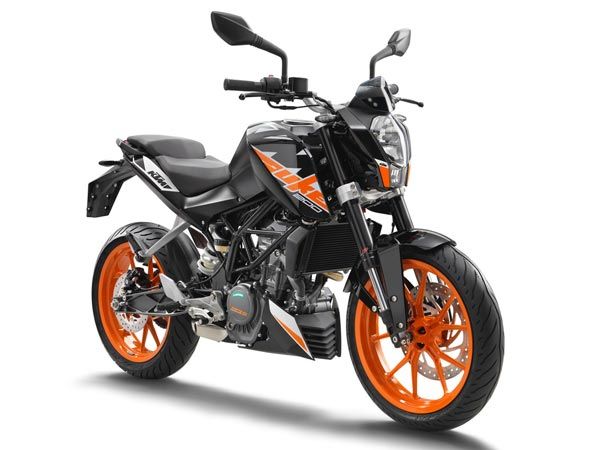 The KTM 200 Duke is a 200cc naked motorcycle which transformed the performance motorcycling in India. The overall design of the motorcycle is aggressive and raw with exposed trellis frame. The front end features sleek headlamp and chunky front forks. The fuel tank with the extending shrouds looks menacing.

The tail section sleek with the LED tail lamp and fender. The exposed rear monoshock and the trellis frame gives the motorcycle a raw look. The overall length of the 200 Duke is short which results in superior handling. The wide single piece handlebar further adds to the looks of the motorcycle. 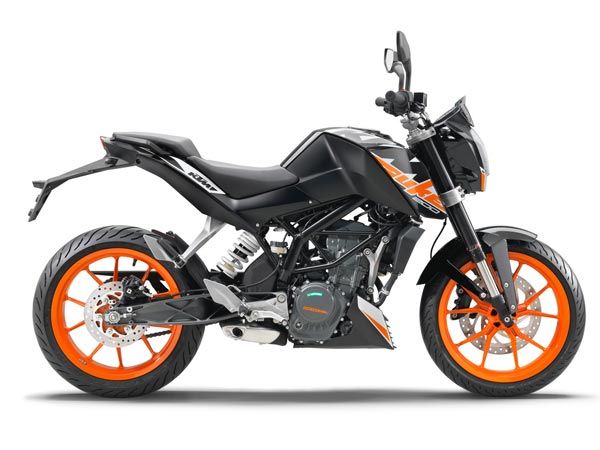 The 200cc engine delivers the power in a rush. The free-revving engine coupled with short gearing makes the acceleration brisk and you will enjoy those short burst of an adrenaline rush. The throttle response is crisp and the full meat of power comes at a higher 10,000rpm. The 200 Duke can sprint from 0-60km/h in just 4 seconds before topping out at 135km/h. The trellis frame and lightweight swingarm results in impressive handling. 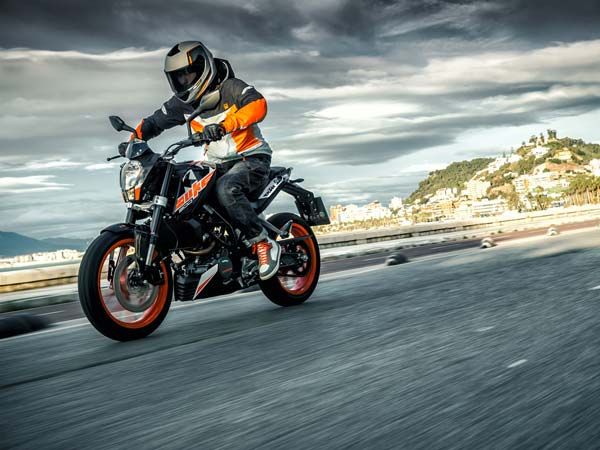 The KTM 200 Duke is all about outright performance, but still, the fuel injection system offers decent fuel efficiency. The motorcycle returns an overall mileage of 35kpl. 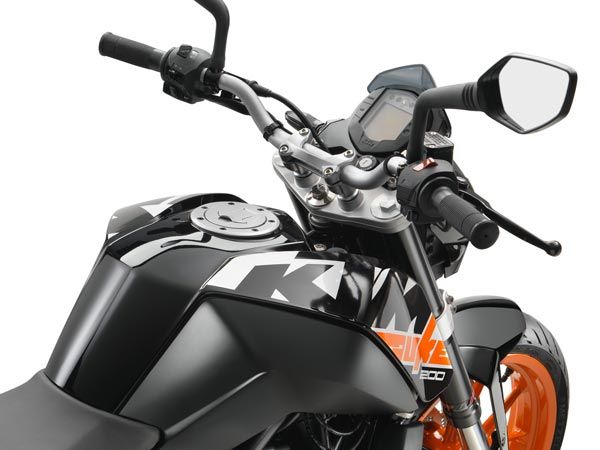 The KTM 200 Duke is equipped with premium cycle parts and a host of features. The motorcycle gets a digital instrument cluster with loads of information such as gear position indicator, engine temperature, overall fuel efficiency and much more. The underbelly exhaust is compact and results in mass centralisation.

The 200 Duke features upside down WP forks up front and WP monoshock suspension at the rear. The braking duties are handled by a 300mm disc with a four-piston radially fixed calliper at the front and 230mm disc at the rear. The motorcycle is equipped with a 10.2-litre fuel tank and the kerb weight stands at 148kg. 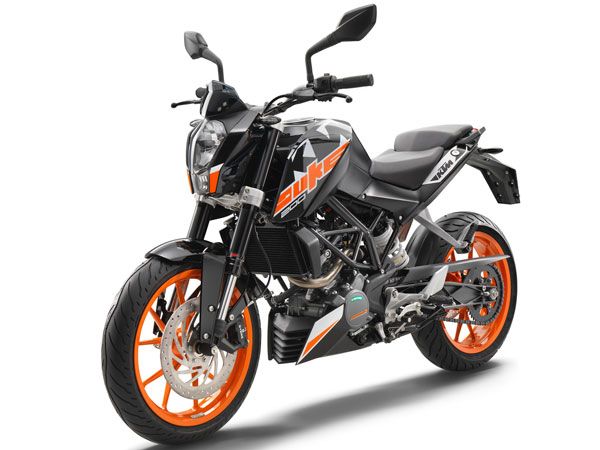 The KTM 200 Duke is a naked street fighter with best-in-class power. The motorcycle gets premium racing parts which result in an explosive power delivery. The only downside of the engine is the excessive vibrations which creep in at higher rpm and the lack of ABS. Overall, the KTM 200 Duke is a pocket rocket machine ideal for daily commuting.