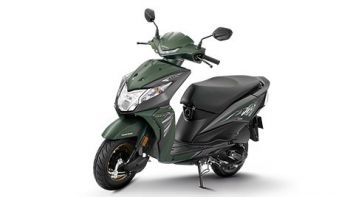 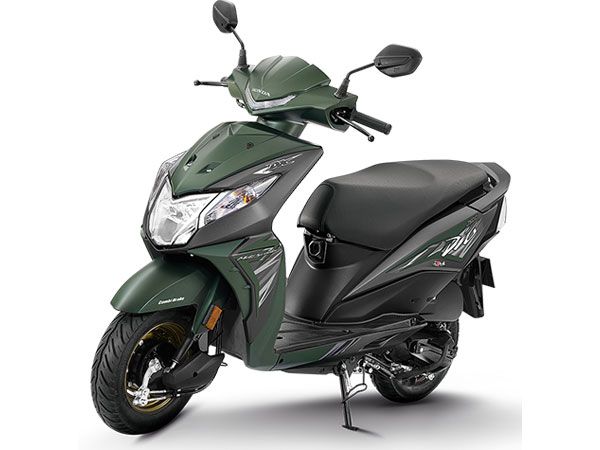 The Honda Dio has been in the Indian market for a long time now. The Dio was first introduced back in 2012 and since then has received a number of updates. The latest update on the Honda Dio was in 2017. As part of the update, the Honda Dio comes with a number of cosmetic updates, along with a new paint scheme.

Cosmetic updates on the Honda Dio include two white position lamps at the front, along with a LED DRL strip on the front handlebar. The rear of the scooter now comes with a newly designed tail lamp, however, it misses out on the LED unit. Apart from this, the Honda Dio is now offered with a dual-tone paint scheme, which adds to its visual appearance.

The Honda Dio is available in a choice of two variants: Standard and Deluxe. The standard variant of the Honda Dio is offered in five colours, including Sports Red, Sports Yellow, Candy Jazz Blue, Vibrant Orange and Matte Axis Grey Metallic. 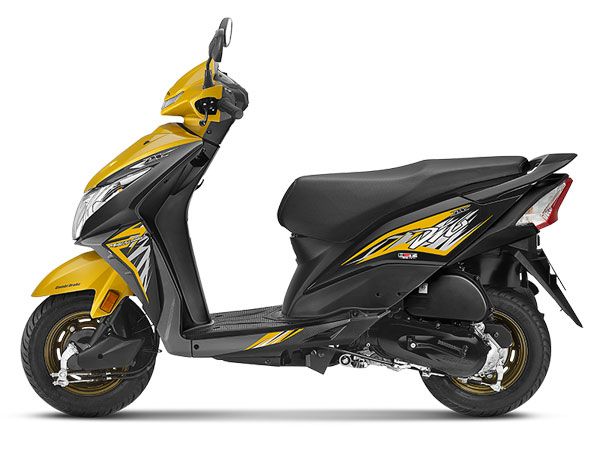 The latest generation Honda Dio continues to be powered by the same 109cc, single-cylinder engine. It produces 8bhp and 8.91Nm of torque and is mated to a V-Matic transmission. The Honda Dio has a claimed top speed of 83km/h.

The Dio rides on 10-inch tubeless tyres on both the front and rear. Braking on the Dio is through 130mm drums on both ends, with CBS (Combi-Brake System) as standard. 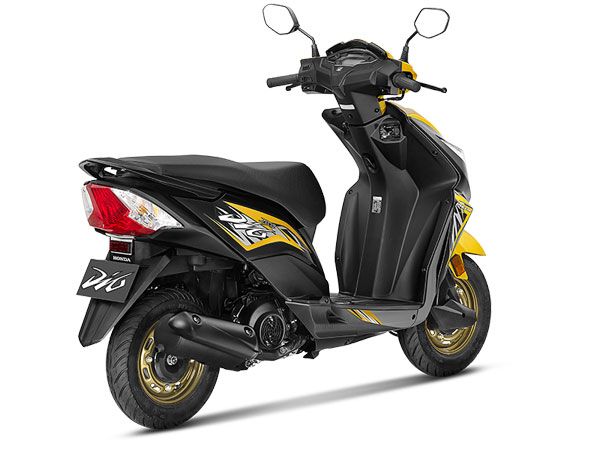 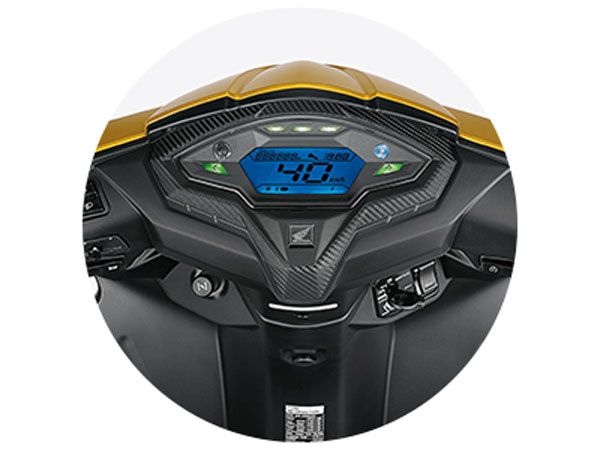 The new generation Honda Dio comes with a host of features. Some of these include a new 3D emblem, sporty body graphics and a fully digital instrument cluster with Eco Speed indicator.

Other features also include a 4-in-1 lock with a seat opening switch, an 18-litre storage capacity and a mobile charging socket. 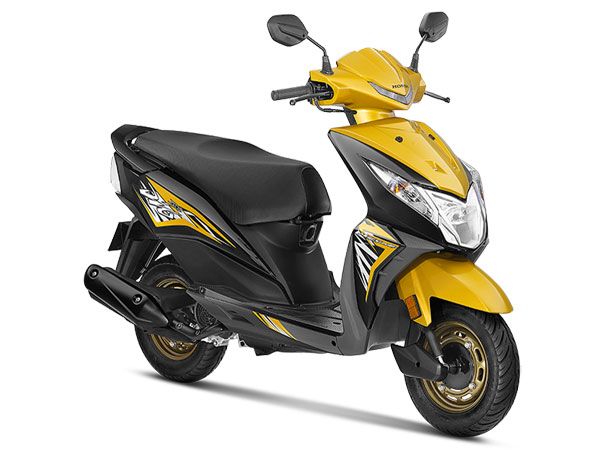 The Honda Dio offers a stylish design with funky body graphics and dual-tone paint schemes. This helps Honda, target the Dio towards a more younger audience. The funky design, along with the peppy 109cc engine has made it popular among the young college-going audience. Honda offers the Dio with an affordable price tag, making it all the more likeable.

Does the Honda Dio come with disc brakes?

No, the Honda Dio does not have the option of disc brakes. The scooter comes with drum brakes, both at the front and rear. However, it does get Honda's Combi-Brake System (CBS).

Hide Answerkeyboard_arrow_down
What are the rivals for the Honda Dio?

Th Honda Dio competes against rivals such as the Yamaha Ray ZR, Suzuki Let's and the TVS Wego.