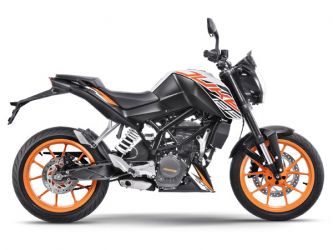 The Duke 125 carries forward almost the same design as seen on its larger sibling. However, minor differences between the two include the addition of revised body graphics on the Duke 125. The new body livery can be noticed on the tank and the rear half of the entry-level KTM motorcycle. 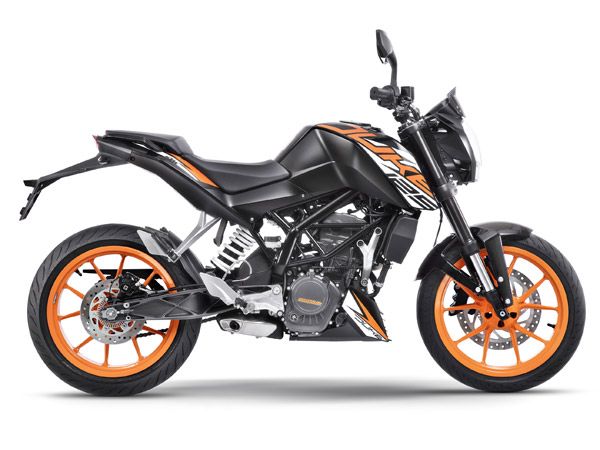 The KTM Duke 125 is the most powerful and premium motorcycle in the 125cc two-wheeler segment in India. The Duke 125 is also the first performance-oriented motorcycle to be introduced in the segment, which mainly consists of commuter models. The motorcycle weighs just 148kg, providing an immense power-to-weight ratio and quick off-the-line acceleration.

The entry-level Duke is powered by a 124.8cc liquid-cooled single-cylinder engine producing 14.5bhp and 12Nm of torque. The engine is further mated to a six-speed manual gearbox. 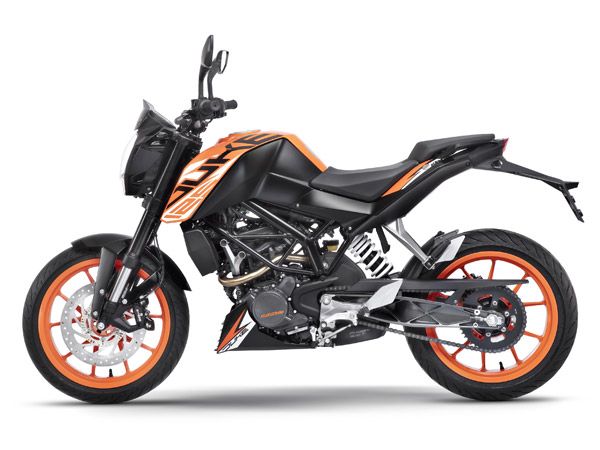 The KTM Duke 125 comes with a fuel tank capacity of 10.2-litres. The 125cc performance-oriented motorcycle claims to offer a mileage figure of around 35 - 40km/l. 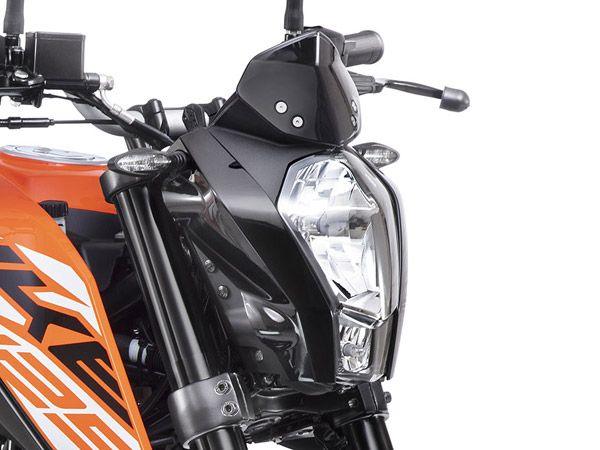 The KTM Duke 125 comes with a host of features, for a motorcycle in the 125cc segment. These features include a number of segment-firsts such as a trellis frame, alloy wheels, fully-digital instrument cluster and ABS.

Other features on the new KTM Duke 125 includes a suspension set-up made up of WP upside-down front forks and a rear monoshock. Braking is handled by discs, both at the front and rear. The front receives a 300mm disc while the rear comes with 230mm disc. The brakes on the KTM Duke 125 is further supported by a single-channel ABS system as standard. 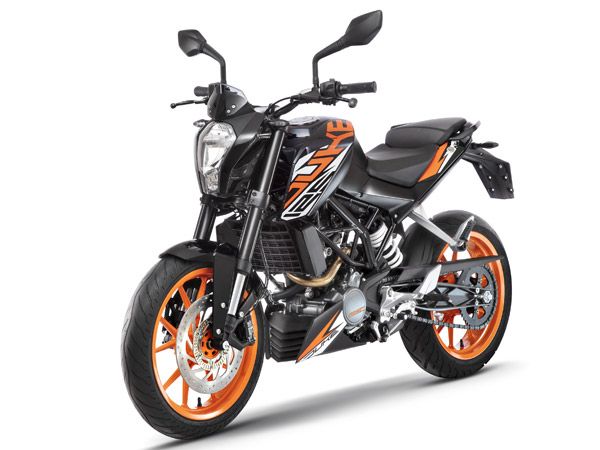 The KTM Duke 125 offers the best balance between both performance and efficiency. The motorcycle is the first performance-oriented motorcycle in the 125cc segment. It makes for the perfect beginner’s motorcycle and is aimed towards customers who prefer performance over comfort.

Yes, the KTM Duke 125 comes with a single-channel ABS as standard fitment.

Yes, the new KTM Duke 125 is the best choice for first-time motorcycle buyers, provided they prefer performance over comfort or mileage.